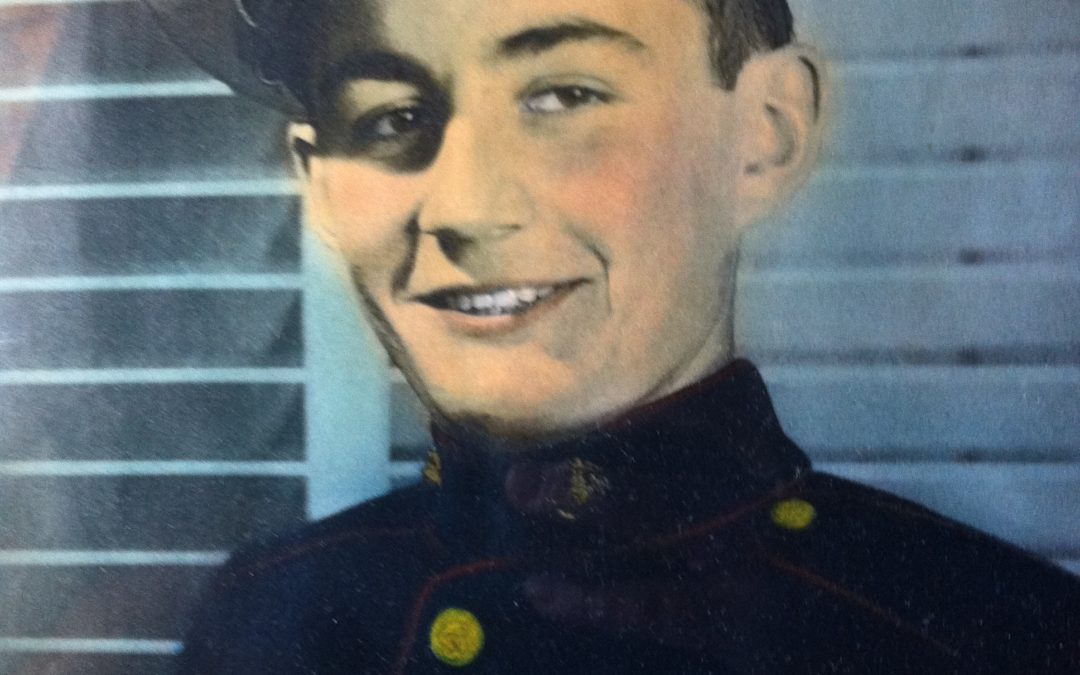 Jackson folks probably remember Allen Raver as a respected and busy building contractor while folks from Pringle (near Custer), South Dakota remember him as a hard-working boy, son of a local rancher. He enjoyed the life and work of a cowboy–riding horses and helping with the cattle. Because Pringle was too small to have a high school, he went to school in Custer where he was in the 9th grade on Dec. 7, in 1941 when the Japanese bombed Pearl Harbor.

He was horrified to learn of the deaths and injuries as well as the ships and planes sunk or damaged by the Japanese aircraft attack. He wanted to help win the war started by this attack—but he was too young. Again and again he asked his parents to sign the papers necessary to allow him to join the Marines. Eventually they did, allowing him to volunteer at age 17 when he was between his junior and senior years of high school.

He took his boot camp training at the Marine Base in San Diego and was amazed at the end of that time to hear their tough drill instructor call them all “gentlemen.” The drill instructor also singled out Allen, “Step two paces out, Private Raver.” and gave him a chevron making him a Private First Class.

All the young Marines wanted to help win the war. Allen was a very good shot and was soon sent to Pearl Harbor and from there to Saipan where a brutal battle with a large number of casualties occurred. Allen went from there to the Island of Tinian and then to Okinawa where he was wounded in battle, shot in the arm. He was later given a Purple Heart.

At some point during his service, he was sent back to Corvallis, Oregon where he was amazed to see hundreds of young women. [Since so many young men were in the service, OSU in Corvallis, like most colleges at that time, had thousands of female students and very few male ones.

After the war, Allen went back to S.D. and went to college hoping to become a dentist. This was difficult because of a bone chip from his arm wound. A VA doctor recommended that he become an electrician instead.

While back in S.D., he met Margaret, the girl who would become his wife–she was going to Teacher’s College in Spearfish and happened to room with a girl who had been Allen’s neighbor in Pringle. Allen moved to Rapid City, S.D. and built apartments to sell. He and his wife Margaret also lived in Casper before moving to Jackson where he continued to build and sell apartments.

Margaret taught school in Jackson for many years as Allen continued his construction career. She passed away in 2000.

They had two sons, of whom Allen is very proud and who now live in Alpine and Thane. They, like their dad, are both good men and are both involved in construction—Tim is an electrician and Jeff a building contractor.