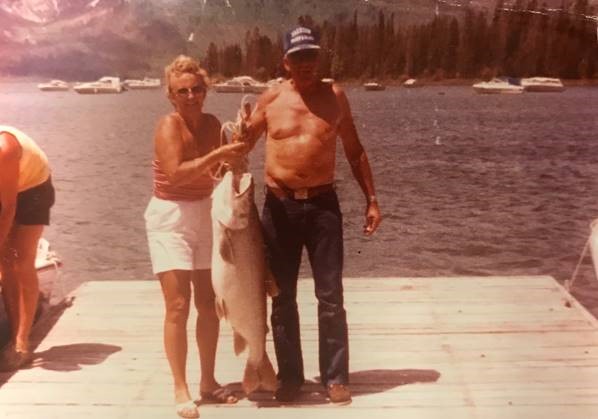 Take heed Legacy folks! Have you heard about the largest fish caught in Wyoming in 1983? We should all know, for it was caught by our good friend and neighbor Doris Budge.

However, Doris and her family have a role in the history of this area that goes far beyond fishing. Doris’s father was a Wilson, part of a family that moved here from Utah when this area was just being settled. As you may have guessed, the town of Wilson was founded by one of her ancestors and the very land where we now live was owned by a Wilson, whose brother rode for the pony express. Doris’s father had an important role in building the road to Hoback and on through the canyon using horse-drawn equipment.

Doris was born in Jackson on a New Year’s Day and a few years later, started to school here. However, because her heavy equipment operator father often had jobs in other Wyoming places, she also attended school in Dubois and other towns. She had two younger siblings and one of them, her brother, helped develop the Rafter J subdivision.

In high school, Doris played basketball and was courted by Clint Budge, whom she married in a wedding at her family home, a house around the corner from the current Maverick Station.

Clint played hockey in Idaho Falls and once, on their way home, they got stuck in Rexburg by a big snowstorm. They spent days there along with several other people. They all got together and tramped down the snow at the airport by foot. A plane was able to land and brought them back across the mountains to Jackson. Here it landed on a field where The Virginian now stands!

Doris and Clint both worked—Doris worked at a restaurant, drove a truck for her Dad or husband, delivered for a local dry cleaner, became a specialist in cleaning silk wedding dresses, and developed management skills which helped her when she worked at a lumber company where she did nearly everything, as needed. Like Doris, Clint had a variety of skills. He was also a volunteer fireman. Life changed for them with a fire in the Wort Hotel in 1980. Clint was seriously burned on both hands and legs while helping fight the fire and save the hotel.

Clint could not stand the cold on his hands after that, so they bought a motor home and traveled to Havasu City, Arizona. They had a house built there which they enjoyed for many years. Sadly, Doris was widowed early.

At some point Doris developed significant artistic ability (see pictures). Now Doris continues to enjoy her many friends, as well as her children and grandchildren. A handmade wooden plaque on her wall reads, “GREATEST GRANDMOTHER AWARD, to say thanks for all the time, love, cookies and juice you’ve invested in us.” 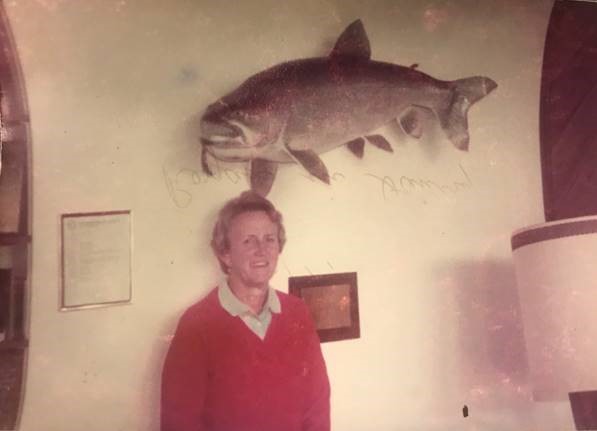 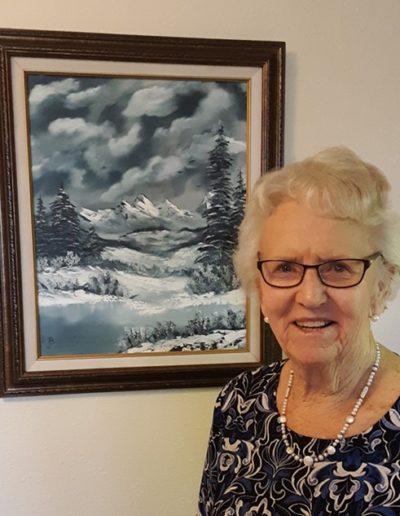